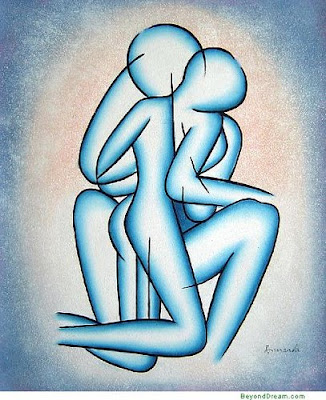 First up, several posts this week on Sarah Palin's increased us of the F-word ("feminist," sadly, not "fuck")

Tracy Clark-Flory @ Salon tackles the debate 'round the blogosphere about whether Palin deserves to self-identify as such (or whether anyone has the right to judge her worthy or unworthy of it).

Brittany Shoot @ Women's Rights Blog asks whether "conservative feminist" is an oxymoron, while Michael Tomaskey @ The Guardian describes the use of Susan B. Anthony as a conservative, anti-choice feminist icon.

And via my friend and fellow dual-degree student Colleen comes Janine Giordano @ Religion in American History on the competing collective memories and historical interpretations of Susan B. Anthony's legacy. "We're not used to sharing the narrative authority of the history of feminism, or interpretation of the historical record, with 'conservative feminists.' But I say we should be happy -- in a way -- that social history has finally begun to empower social movements outside of the academy."

It's not just a question of people arguing over who can or cannot claim the identity "feminist" (my two-second opinion: you get to claim whatever identity you want, but by the same token, I get to say why I do or don't believe you fit the description). There are, of course, many women (not just Phyllis Schlafly!) who fight tooth and nail to undo the political and cultural work of feminist activists -- often in the name of their own enlightened status. Amanda Marcotte @ Pandagon points to the example of columnist Maureen Dowd, who was recently full of faux concern about Supreme Court nominee Elena Kagan's state of singledom.

Her disingenuous final paragraph really puts the cherry on the mean girl sundae:

Why is there this underlying assumption that Kagan has missed the boat?

I don’t know. It probably has something to do with you perpetuating the narrative. If you don’t like the story of how women can conquer mountains but are nothing without a man, then stop telling that story.

A nun in Arizona was excommunicated from the Catholic church after making a decision at a Catholic-run hospital that a woman could recieve a life-saving abortion. Nuns can be so frickin' awesome! The Catholic church hierarchy can be so, so not. Jill @ Feministe meditates on the inhumanity of that decision while David J. Nolan @ RhRealityCheck explains why the decision was actually not in accordance with canon law.

Alexa Kolbi-Molinas (Staff Attorney, ACLU) @ Feministing Community highlights the secular legal issues involved in the case, given that hospitals (religiously-affiliated or not) are required by law in the United States to provide life-saving care.

Not that Arizona isn't already on a right bender, now that everyone who looks foreign in origin (read: not white) is required to carry identification papers and ethnic studies have been banned. Miriam @ Feministing has more, as does Brittnay Shoot @ Women's Rights Blog who asks, "when they get rid of ethnic studies is women's studies next?"

Amanda Marcotte @ Pandagon reports, however, that the future might be brighter than it looks at the moment: young white people care less frightened of immigration than their elders.

Young people (girls in particular) are certainly not exempt when it comes to the sex-obsessed gaze of society, and Amanda Hess @ The Sexist muses about the recent outcry over a viral internet video featuring young girls dancing in sexually suggestive ways. She discusses a similar theme when it comes to media coverage of Miss USA pagent winner Rima Fakih.

Sarah Menkedick @ Women's Rights Blog points out how the Miss USA pagent coverage ties sexism and racism together in a neat package consisting of "a little racism, a little islamophobia, a little hating on immigrants, a little hypocritical outrage at beauty pageant participants who've gotten a bit too sexy." In other words, Miss USA, in a nutshell.

Melissa McEwan @ The Guardian calls out the policing of women's sexual selves in a slightly different vein, writing about the media coverage of recent allegations by Charlotte Lewis that she, too, was sexually assaulted by director Roman Polanski.

Harris's concentrated effort to undermine Lewis's credibility by casting doubt on her character, motives, and integrity is a textbook example of the sort of hostile reception any survivor of sexual assault can expect to receive when coming forward about the crime, no less when the accuser must point a finger at a famous man with powerful friends.

There are those who question why Lewis waited to come forward for so long. Reading Harris's attack on behalf of his friend Polanski, is it really any wonder why?

The UK is debating whether or not to protect the identity of those accused of sexual assault (victims are already protected by anonymity laws in Britain). Cara @ The Curvature argues that this further perpetuates the myth that false accusations of rape are statistically more likely than false accusations in any other type of crime, and Cruella @ Cruella-blog gives one example of how reporting allegations in the media helped uncover at least on serial rapist's activities when other victims came forward.

Someone who has been disproportionately in the public eye lately has been, of course, Supreme Court nominee Elena Kagan. My legal junkie crush Dahlia Lithwick @ Slate suggests that the anxious questions being asked about Kagan say more about the fears we have for ourselves than they do about her ability to perform the role of Justice. (Bonus points if you can name the movie the quote she uses as a headline is from).

Brittany Shoot @ Women's Rights Blog (she either had a busy week or we have super-similar taste in news stories!) brings up another issue with the Kagan coverage: Elena Kagan is Childfree. Get Over It.

And finally, for your feel-good story of the week: Jesus Would Have Gone to Gay Weddings. Michael A. Jones @ The Gay Right's Blog reports on a group of Catholic priests who are making waves by arguing that Jesus wasn't a screaming homophobe afterall. That in fact, you know, he might have been cool with the whole same-sex marriage thing. As long as he was put in charge of the wine.

*image credit: Modern Painting of Kiss by Beyond Dreaming @ Flickr.com