"it's Michigan": some thoughts on regionalism 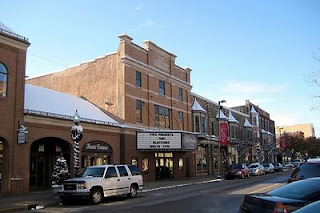 So I'll start out this post by saying up front that there are myriad personal and political reasons why I moved out of West Michigan. I spent the first twenty-six years of my life (with a few brief gaps) living in or near Holland, in Ottawa County, one of the most politically conservative counties in the nation. While my liberal (dare I say radical?) parents did what they could to connect us with other like-minded families and groups, both local and far-flung, it was clear we were out of step politically, culturally, religiously with the majority of our fellow residents. At of this writing, I'm living in Boston, my brother in Portland, Oregon and my sister leaves Holland in a few weeks' time for Austin, Texas. We've all felt the need to get the hell out of Dodge, so to speak. At least for a while. And our parents have understood, completely, our reasons why.

But, in part because I lived for so long in the area, I resist writing Holland off as a town full of Euro-American Calvinists, insular and disengaged from the political and sociocultural issues of our era. I became who I am not only despite, or in opposition to, the people around me as I grew into my twenties: I became who I am, as well, thanks to the encouragement and example of many, many mentors. Some of whom were Hollanders born and bred, some of whom had moved to West Michigan from other parts of the country (or, in some cases, the globe). These people are part of Holland, too, and far from being glad I got the hell away I'm often acutely saddened that I left them behind.

I've been thinking about all this again in the past week for a couple of reasons. One is the conversations that have taken place in the wake of last Friday's decision by the Hope College Board of Trustees not to rescind the College's 1995 stance against homosexuality. There is, justifiably, a lot of anger about the College's decision, and a lot of the national net-based coverage (and associated comment threads) have characterized the decision as one that is right-wing religious wingnuttery (agreed!) that is more or less what one could have expected from small-minded, religiously conservative small-town Midwesterners hmm . . . possibly not-so-agreed).

"It's Michigan," wrote one ex-Michigander in a comment at Change.org. "Those Neaderthals up there HATE gay people."

This view of West Michigan was shared, after a fashion, by Jill @ I Blame The Patriarchy who recently traveled to Holland and Saugatuck (twelve miles south of Holland) to visit relatives. A trip which she documented in her customary snarky fashion last Monday.

Back in Holland Michigan, at one of the 358 or 359 Tulip Time parades down the main drag, I made a few observations.

1. I espied a float, sponsored by the Turning Pointe School of Dance and Borculo Wrecker Service, toting the Holland Area Mothers of Multiples. Nothing warms a spinster aunt’s heart like the spectacle of white women dressing up like LDS wives and getting acclaimed for their feats of reproduction.

2. No persons of color attended the event.

Again, don't get me wrong: having lived through Tulip Time as a local for twenty-six years, I have no illusions about its "wholesomeness" quotient. The whole thing was invented during the 1920s as a municiple beautification project that had less to do with historic ties to the Netherlands than it had to do with ethnic stereotypes about the Dutch drawn from the Old Dutch cleanser girl ads of the era (Jill, this might make the whole "street scrubbing" phenomenon a little clearer!) As Jill rightly observes, Tulip time is terrifying! Though I'd argue more in a Waiting For Guffman way, rather than in a Stepford Wives kinda way. As my mother summed it up in a recent email: "Tulip Time pretty much a pain."

So in many ways, I agree with these observations. That is, most stereotypes have within them an element of truth. Holland and Hope are not exempt from any of the "isms" that plague the rest of the nation: racism, sexism, homophobia, class divides, political divides, etc. Holland has a significant Latina/Latino and Asian-American population, as well as other non-Dutch, non-Euro-American populations whose presence is often ignored or sidelined when it comes to community celebrations. Particularly when it comes to Tulip Time.

The problem with these narratives of insularity and exclusion, however, is that too often they rely on the larger story we tell ourselves (on both the right and the left) about Middle America. Since moving to Boston I've become more aware of the way in which "the Midwest," as a region, occupies the space of the Other in the minds of many folks who live in big cities in the East and West. This is by no means universal (I don't want to perpetuate the same Othering here I'm trying to call out in this post!) but it can be frustrating to hear one's home town or region, with all of its multi-layered, globally-interconnected politics, be dismissed as full of bigoted, white fundamentalist Republicans.

This ignores the presence of bigoted, white fundamentalist Republicans in America's coastal urban centers and likewise erases the presence of non-whites, non-Christians, liberals and queers from anywhere except cosmopolitan cities.

Racism happens in Holland, Michigan. Every day. It also happens on the streets of Boston. Homophobia happens here (in Boston) as well as there (in Holland). Neither coastal, urban America nor cities in the Midwest have a monopoly on progressive politics or small-mindedness and bigotry. Geography doesn't determine personal or community values. We do. 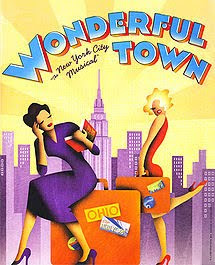 I suspect that a lot of the knee-jerk ridicule of "small town America" (although Holland is hardly a small town) rings true to a lot of folks precisely because they've escaped, escaping, or ardently wish to escape, from their own places of origin. The Midwest of our minds is Anywhere, USA: the deadend, insular place where motivated people escape from to the urban centers, full of the chaotic possibilities of freedom and self re-invention.

The urban/rural cultural narrative works both ways, depending on which side of the argument you're on (folks can argue for the superior conservative morality of rural and Midwestern spaces or for the superior cosmopolitan morality of urban, Coastal spaces) and both are reductive. Both erase anyone living in those spaces who do not fit the stereotypical image of the region.

This also lets both groups off the hook, allowing folks who argue both sides of the coin to claim they're spaces are more inclusive, more diverse (if you're on the liberal side of the argument) or more Christian, more harmonious (if you're on the conservative side). It allows us to assume there is a simple "geographic cure" for what ails us, socially and politically as well as personally, rather than challenging us to dig in and do the hard work of being the change we want to see in the world no matter where in this country we happen to live.

I fail at this constantly. I roll my eyes at West Michigan and say things like, "What did you expect? It's Michigan." I left Holland because I got tired of running up against the same (seemingly immobile) ideological walls. I was tired of having to start (or end) every discussion of values with the Bible as lingua franca. I was tired, I was lonely. So I left.

But I want to be careful to remember (this post is a reminder to myself as much as anyone else) that that shift of mine was not, geographically speaking at least, a move to somewhere better. It is only somewhere different.

posted by annajcook at 6:06 PM