releasing books into the wild

Through the great apartment clear-out of 2011, Hanna and I built a rather substantial stack of books -- mostly titles we'd acquired used on the $1 book carts in Boston, or have duplicates of from graduate courses, etc. -- that we no longer felt the need to own. Previously when this has happened, we've donated them to Goodwill or the local library book sale or sold them on at one of the myriad used bookshops (all good options!) However, this time around, we've decided to try releasing them into the wild via the online book sharing project BookCrossings.
Here is one of the books we're going to "release into the wild" in upcoming days.

This was a fun memoir by comedian Hillary Carlip that Hanna bought me for $1 last spring to read while I was on my research trip in Oregon. It was great airplane reading. Now we've given it a "BCID" code number and written instructions in the front cover for whomever finds the book (once we've left it somewhere) to go to the website and enter the code, logging where the book was found and then, hopefully, where the discoverer eventually releases it.  One of the most charming features of the site that I've discovered so far is the side-bar widgets that highlight books recently "released" and "caught" around the world. 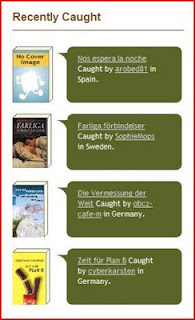 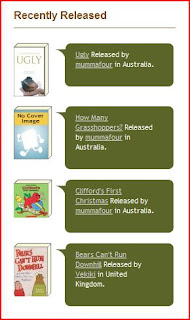 Since this is a brand-new experiment for us, I don't have a lot more fun facts to add ... but after we've released our first batch of 21 books in locations here in Massachusetts, in Vermont, New York, Ontario, and Michigan, and they've been out running about for a few weeks I'll let you know what sorts of adventures they've been having. Stay tuned for the sequel!
posted by annajcook at 9:28 AM