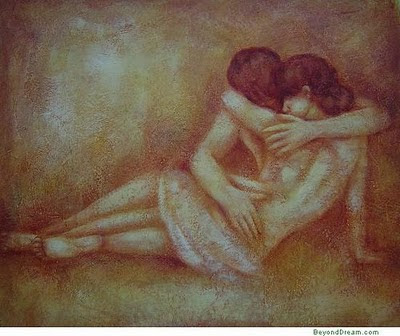 All of these articles are worth reading in their entirety, and often their arguments are too complex to capture in a single quotation. I hope the snippets are enough to hook you into clicking through to at least one or two of them!

Tavi @ The Style Rookie | a few observations. "I know that it was said that Richardson sometimes gets naked and lets the girl take pictures of him before they let him take nude pictures of them. But this isn't him being fair, it's a strategy. It's manipulative, it's scary, and the last thing someone wants when they feel pressured into doing anything sexual is for the other person to suddenly be wearing nothing but tattoos. It's supposed to, y'know, relax everyone, but there's a difference between putting on a smooth jazz album while preparing some nice ginseng teas and, um, being naked, all of a sudden, in an uncomfortable person's face." via Jill @ Feministe.

Heather Corinna @ RhRealityCheck | Disability Dharma: What Including & Learning From Disability Can Teach (Everyone) About Sex. "Disability awareness and inclusion can also help abled people get more creative when it comes to sex. Folks with physical disabilities have to be creative about things like sexual positioning or sensitivity, and are used to having to explore positioning and sensitivity ourselves a lot, dumping preconceived notions that we can do what someone else can or will feel what someone else may feel. We tend to take it as a given that rather than starting externally, with what we see elsewhere or someone else suggests, we'll need to start with ourselves and our own bodies, feeling out what works for us (and doesn't) uniquely. We're less inclined to put all our sexual or physical stock in just one body part or area of the body, especially if the kind of disability we have means that sometimes our bodies or a given body part will work in a way one day that on another day won't work well or at all. When our bodies change over time -- as bodies always do and always will, and not just during puberty but through all of life -- we've more practice at both adapting but also at processing our feelings about physical changes."

Amanda Hess @ The Sexist | Vintage Victim-Blaming: Feminism Causes Rape, and Other Crime Prevention Tips. "The victim-blaming 'tips' I hear in 2010 -- all those helpful crime prevention strategies presented as 'common sense' for women to follow in order to avoid rape nowadays -- don’t explicitly blame equality between the [sexes] for rape. But 33 years later, the solution for reducing sexual assaults against women hasn’t changed: Tell them to stop moving about the world freely, and then blame them when they do."

Cara @ The Curvature | Boys Aged 10 and 11 Convicted of Attempted Rape as Apologists Deny Assault Was Possible. "Trying these children as adults and ultimately putting them on the sex offender registry list instead of working with them through various means to ensure that they realize that what they did was wrong and lose any desire to ever do it to anyone else ever again, I think, was absolutely the wrong move" (trigger warnings on original post for rape apologism and linked articles with descriptions of sexual assault).

Molly @ first the egg | too fat to mother. "The problem is that ordering children to lose weight and separating them from their parents might be far from the best solution to this problem. If anything, the diet regimens these decisions enforce are likely to produce more misery, not less. First and foremost by making weight loss the goal courts are setting these children up for failure. The vast majority, some studies say 95% (!), of weight loss attempts fail in the long-run and dieters normally regain the weight they lost within few years. The repeated failures and the fact that these kids’ lives become exclusively dedicated to losing weight are only likely to promote eating disordered behavior and depression."

Silvana @ Tiger Beatdown | On Heavy Girls and Sexy Time. "Fat girls are more likely to get labeled as sluts, because 'slut' is a catch-all word for women and girls who do not conform to ladylike and womanly behavior, and being fat is definitely not lady-like or womanly behavior. And look, I can say from experience, if enough people are calling you a slut, you start to believe it. You’re 12! What do you know about what a slut is? And you are hitting puberty, and having all these sexual thoughts about boys, and thinking, okay, people are saying I am a slut so OBVIOUSLY this is not normal and there must be something deeply, deeply wrong with me. Perhaps after a while, you think, hey, if everyone is calling me a slut, I might as well go ahead and be one, because they sure as hell aren’t going to stop, are they?"

In much more awesome news womanistmusings @ Womanist Musings | No, You Mean to be Hateful to Gay People. "Last night we were sitting around waiting for the unhusband to bbq dinner, when our neighbour popped by for a visit. For the purposes of this conversation I am going to call him Michael. We stood chatting when suddenly another neighbour popped out of his house. Michael decided to greet the new addition by yelling, 'hey faggot'. This was supposedly a friendly greeting, though in my mind it constitutes hate speech. [My son], never being one to allow a slur to go unanswered responded with, 'would you mind please not using that word, it is not nice'."

Kate Harding @ Jezebel | 5 Ways of Looking at "Sara Palin Feminism". "So, can't I just agree to disagree with Sarah Palin – or at least to ignore her use of the term and continue to go about my business? Well, evidently not, or I wouldn't be writing this. The problem is, words mean things. I could start calling myself a red meat conservative, or campaign for those of us who are against the death penalty to 'reclaim' the term 'pro-life,' but at some point, the relationship between your beliefs and your choice of words either passes the sniff test or it doesn't. And someone who actively seeks to restrict women's freedom calling herself a feminist is, not to put too fine a point on it, a liar. There's a difference between a big tent and no boundaries whatsoever; if Palin's 'entitled to be accepted' as a feminist just because she says she's one, then the word is completely meaningless — as opposed to merely vague and controversial."

Natascha Kennedy @ The Guardian | Once again the T in LGBT is silenced. "There has rightly been an international outcry in response to the couple's barbaric treatment, but the protest has been against the perceived homophobia of Malawi's law courts. The problem is, however, that one half of this couple does not primarily identify as gay. Tiwonge is most probably transgender but possibly intersex (in many parts of Africa people do not actually have clear vocabulary to express this), and considers herself a woman. Indeed she has lived 'as a woman' all her life." (update: over the weekend, Malawi's president pardoned the couple and they were released from jail.)

Ryan Thoreson @ Huffington Post | The Swing Vote. "Decades after the sexual revolution and lesbian feminism and the advent of queer theory, the is-she-or-isn't-she debate revolves around a profoundly false dichotomy. With little meaningful information on either side, the media points to Kagan's interest in men during law school as evidence that she's straight, just as bloggers use her alleged partnership with a woman as evidence that she's a lesbian. The idea that she might be bisexual or have relationships with different people without needing to identify as queer has been stunningly absent from the discussion, even by well-meaning LGBT bloggers and LGBT organizations who ought to know better."

Hadley Freeman @ Alternet | "Sex and the City 2": Materialistic, Misogynistic, Borderline Racist. "I'm not asking for much. I just don't want to be sick in my mouth. I don't want to leave the cinema feeling like I've paid £7.50 to be mocked, patronized and kicked in the face. I don't want to be filled with despair at Hollywood's increasing inability to conceive of women in comedic films as anything other than self-obsessed babies with breasts. And I don't, most of all, want to spend two hours watching dreams and memories from my youth being trampled into humiliating self-parody. Is that too much to ask?" (spoilers for the film and TV show if you care).

The Bloggess @ Sexis | Sex and the City 2 – Why Should You Care? "So the new Sex and the City movie is out this week, and if you're anything like me, everyone you know is talking about it. To themselves, I assume, because no one has actually mentioned it to me. Probably because they know I typically only watch zombie movies. But this is a sex column and not a zombie column so that's why today we’re going to have a little Sex and the City Q&A."

Zoe Williams @ The Guardian | Over-40 women, you've given birth to a healthy facet of modern life. "The judgmental tone is all rooted in a timeless anxiety that women are too feckless and/or stupid to be left in charge of growing children – an anxiety I have an ever growing awareness of, the more background misogyny I realise there still is. Propagation is the main work of any species, and if you seriously believe women to be inferior, it must be incredibly aggravating to see them in charge of it."