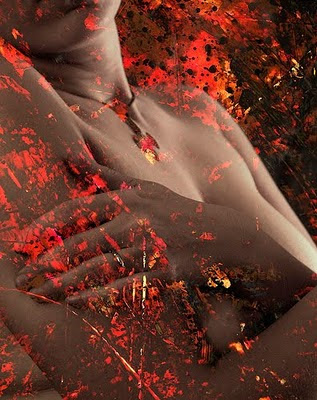 First off, an internet pen-friend of mine, Natasha Curson, based in East Anglia, England, has started a new blog, Natasha Curson - a trans history, this week. From the inaugural post: "In 2007, after tussling with my gender identity for so many years, I was on the edge of giving up. I had almost accepted that I could never be happy, that there was no way of reconciling my everyday life with these inner feelings. Over the years I had dabbled with transgender clubs and support groups but even leading a hidden, second life I couldn’t come to terms with things. I couldn’t seem to find the people who felt like me, or so it seemed at the time. I was painfully shy about the things that mattered in both worlds. The real problem was, if I couldn’t admit something to myself, how could I discuss it properly with others?"

C.L. Minou @ Women's Rights Blog points out that experiences of transgendered profs are a case study in sexism. "Before her transition, people who raised objections to her work never assumed that they were smarter than her, but now that is a common occurrence. Her access to university funds has dried up, and her salary stagnated since transitioning."

Amanda Hess @ The Sexist offers us an illustrated history of male chastity devices. Oh, yes, they made them. Definitely not for the faint of heart and possibly NSFW depending on your place of employment.

SQT @ Fantasy & SciFi Lovin' News and Reviews opines oh the misogyny...are women in entertainment just ornamentation? (thanks to Hanna for the link). Short answer: no. SQT challenges the Ms. Magazine's reading of Iron Man 2 as an expression of sexism in Hollywood, suggesting that it possibly has an edge of Sex and the City 2 when it comes to the portrayal of kick-ass female characters.

Jessica Valenti @ The Washington Post soundly denounces the fake feminism of Sarah Palin. Because she says it better than I can: "But, of course, Palin isn't a feminist -- not in the slightest. What she calls "the emerging conservative feminist identity" isn't the product of a political movement or a fight for social justice. It isn't a structural analysis of patriarchal norms, power dynamics or systemic inequities. It's an empty rallying call to women who are disdainful of or apathetic to women's rights, who want to make abortion and emergency contraception illegal, who would cut funding to the Violence Against Women Act and who fight same-sex marriage rights."

Not everyone is so unambivelant about Palin being out of the club, however. Rebecca Traister @ Salon writes about feminisms tumultuous history of insiders and outsiders in Sarah Palin's grab for feminism, concluding that "I am pretty damn nervous -- more nervous than I'd like to be -- about Sarah Palin's grab at 'feminism.'"

On the subject of being feminist, Amanda Marcotte @ RhReality Podcast had a great interview this week with Courtney Martin, who has recently co-edited a book called Click which is a collection of essays by young women reflecting on their feminist awakenings.

Lore Sjoberg @ Wired offers helpful tips in the nice guys guide to realizing you're not that nice. "For some reason you think 'nice' means 'completely devoid of sexual energy.' When you’re attracted to someone, you treat her like you’re her brother. Her brother the priest. Her brother the elderly Victorian priest who is actually a large stuffed animal. Then when some guy comes along and does a little thoughtful flirting and actually gets her attention, you think 'Man, that guy’s a jerkface.'" (hat tip to Alas, a Blog)

Earlier this week, I wrote a bit of a ranty post about men's rights activists who miss the whole point about institutional sexism and intersectionality. Jill @ I Blame the Patriarchy tackles the same story in her own special way in MRAs on parade: chumpass motherfucker declares ownership of girlfriend’s uterus.

And I leave you with the always eloquent Aaron Sorkin @ The Huffington Post stepping up to the plate to defend (but not in the way you think!) Ramin Satoodeh as a theatre critic in now that you mention it rock hudson did seem gay.