from the neighborhood: i get birthday presents!


My 29th birthday (as many of you know) was at the end of March, and Hanna found this awesome coffee mug for me, all the way from McLaggan Smith Mugs in Jamestown Alexandra Scotland. It finally arrived yesterday, after a slight delay due to volcanic eruptions in Iceland 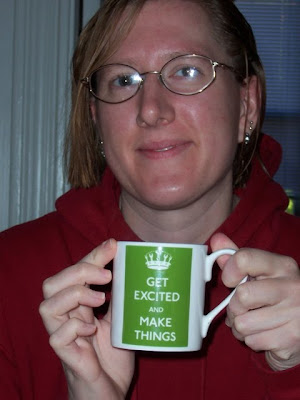 Regular readers of this blog may have realized that I am a longtime champion of nonstandard spelling, something which caused a great deal of tension between my mother and I during my early years (believe it or not, she had to work strenuously to convince me that writing was a worthwhile pursuit). "Excited" was one of the words she requested, eventually, that I learn how to spell the conventional way because I used it so often and she was getting tired of the variations on spelling I came up with. 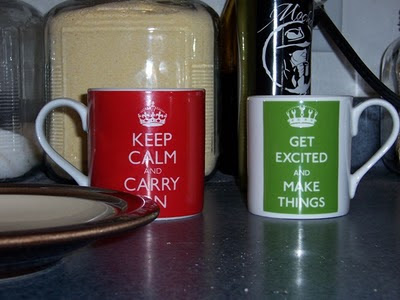 The graphic is a riff on a 1939 British war propaganda poster that encouraged British citizens to "keep calm and carry on" in the face of German aggression. In recent years, lots of variations have cropped up, including Hanna's favorite: "now panic and freak out" (featuring the royal crown, only turned upside down). 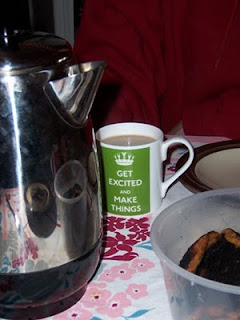 This morning I christened the mug with its first cup of coffee, made in our brand new percolator (Kenya AA from the Boston Common Coffee Co., also known affectionately as the Beanstock).
posted by annajcook at 12:02 PM