sunday smut: links on sex and gender (no. 7) 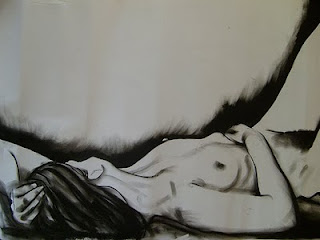 Last week, Hanna found a wonderful opinion piece @ The Guardian by a vicar reflecting on his experience ministering to a woman considering abortion.

In a piece that relates to both human sexuality and information science, figleaf @ Figleaf's Real Adult Sex muses on the challenges of making research available for public analysis when so many journals are provided through astronomically expensive databases.

Miriam @ Radical Doula asks if "choice" is a poor frame for childbirth policy.

Charlie Glickman @ the Good Vibrations Magazine blog offers his own answer to the question "why use the word 'cisgender'?"

And while we're on the question of words, the Simmons Graduate School of Library and Information Science (GSLIS) podcast series presents an hour-long research colloquium presentation on "the classification and language of gender."

The Onion reports that a gay teenager in Louisville, Kentucky is worried he might be Christian. Setting aside the simplistic equation of "Christian" with "right-wing fundamentalist," it's a cute joke.

Linda Hirschman @ The Nation weighs in on the Supreme Court's decision against televising the circuit court oral arguments over Proposition 8 (California's same-sex marriage legislation). While tangentially a "gender and sexuality" story because of the nature of the case, I'm mostly just disappointed I won't get to hear or see any audio or visual clips of the legal process. Let's hope Nina Totenberg gets sent in to do NPR coverage!

Lisa @ Sociological Images points out that a stripped-down cell phone marketed for five-year-olds (yes, five-year-olds) assumes the child using the phone will be part of a two-parent, hetero family unit.

The anti-choice activist who murdered Dr. Tiller is being allowed to defend himself in court on the grounds that he killed Tiller out of the belief he was saving lives. Emily Bazelon @ Slate explains why this is a deeply problematic decision.

And Finally, Hanna and I commute passed the Planned Parenthood in our neighborhood every morning on the way to work, and often there are protesters outside -- though rarely more than a handful, and often only one woman with her posters and pamphlets. Still, on the occasions when I've walked by at the same time as someone was trying to enter the clinic, the harassment of young women (as likely to be going in for pelvic exams and birth control as abortion services) feels invasive -- even to me as a passer-by! It's amazing to me that the folks who picket Planned Parenthood believe they are being helpful. And yet, as Jos @ Feministing wrote this week, protesters often (disturbingly) believe that's exactly what they're doing.

posted by annajcook at 1:33 PM