sunday smut: links list on sex and gender (no. 9) 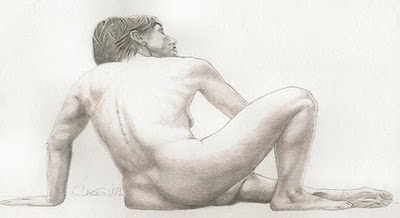 "I tried to give them an explanation that might actually sink in, something a little deeper than 'Don’t say that.'" Pandanose @ Little Lambs Eat Ivy reflects on discussing the importance of language with her students in Out of the Mouths of Boys.

"Even in the relationships I had that didn’t have permanence as part of their raison d’être, I have regrets about too-free-sex." Candelaria Silva @ BlogHer writes about her own coming-of-age during the mid-century Sexual Revolution in Rethinking the Sexual Freedom of My Youth.

"We have laws in place to prevent the exploitation of the vulnerable by the powerful. In other words, there's a non-reciprocal relationship involved that heightens the risk of exploitation. So far so good. But in sexting cases, the non-reciprocal, exploitive relationship is posited to exist between the child and herself (or himself). And here's where things start to become nonsensical." Rachel @ The Feminist Agenda muses about the thought process that lies behind the prosecution of young adults discovered to have distributed naked or sexual photographs of themselves via the internet.

"'It's hard to sit and read the dictionary, but we'll be looking to find other things of a graphic nature,' district spokeswoman Betti Cadmus told the paper. Alison Flood @ The Guardian reports on a California school district that is pulling the Merriam-Webster Dictionary from its shelves in "Oral Sex" definition prompts dictionary ban in US schools.

(As of Wednesday, LIS News reported the book was back on the shelves.)

"These cynics are missing the point, because few things retain the ability to shock like the idea that a woman doesn't necessarily float off on an iceberg of chastity after her 35th birthday." Hadley Freeman, also @ The Guardian considers social outrage (and apparen terror) that still descends upon women in relationships with younger men.

"A pro-life, anti-abortion, pro-reproductive rights, pro-choice person joins the rest of the reproductive rights movement in trying to reduce the need for abortion, through actions such as increasing accessibility to birth control, addressing economic constraints, or supporting adoption." Alex DiBranco @ the Women's Rights Blog has a brilliant assessment of why pro-life and anti-choice are not synonyms, and why you can be pro-life and pro-woman but not anti-choice and pro-woman.

"Basically, it's classing a certain normal female body type as obscene. It's declaring all flat chests to be automatically juvenile, something that should not be viewed by anyone." In what might be the award-winning story of the week when it comes to blind panic and idiocy, Courtney @ Feministing linked to a story about Australian efforts to make pornography that depicts smaller-breasted women illegal on the grounds that small breasts = children and therefore people who enjoy watching small-breasted women be sexual beings are all pedophiles. Mike @ Someone Think of the Children! (an Australian-based blog) has more. May I just say: W.T.F.

"Yesterday at the Perry v. Schwarzenegger trial was the day you got to see David Boies set loose on a witness, and, to judge by the transcript, his cross-examination was a little like watching your cat play with his food before he eats it." Margaret Talbot @ the New Yorker News Desk blogs about the latest from the Prop. 8 circuit court trial.

"For the Olson and Boies side, the key point was that whatever either woman actually did, what they felt inside was fundamental. " Earlier in the week, Talbot also blogged about one of the core philosophical questions that faces both sides: is human sexual identity immutable?

"A trial that should have been a straightforward reinforcement that murder is the deliberate taking of human life instead will be remembered in part as the forum for justifying why a person's life can be sacrificed to save a fetus." Emily Bazelon @ Slate explains what went wrong at the trial of Scott Roeder, the man who murdered Dr. Tiller.

"I dread them getting sick not only because I want them healthy, but also because I have so little sick time." Rachel @ Feministe blogs about a new series from Fem2.0 that tackles the work/life balance in America; meanwhile, Rachel @ The Feminist Agenda shares the good news coming from the UK that fathers in Britain are now eligible for six months paternity leave if the mother of their newborn goes back to work.

And on a final and fluffy, note, Hanna and I have been following with great amusement the story of a English woman who has been charged with an Anti-Social Behavior Order (or ASBO) for disturbing her neighbors with bouts of noisy sex. While on first blush the case seems like an outrageous infringement of the woman's right to privacy, officials apparently put decibel meters in the building to test for sound levels and found her in violation of noise ordinances!