Blog for Choice: The Radical Act of Trusting Others


Today is Blog for Choice Day 2010, coordinated by NARAL Pro-Choice America. I somehow missed the 2009 action day, but you can read my 2008 Blog for Choice post, The Radical Idea that I am a Person, in the blog archive. 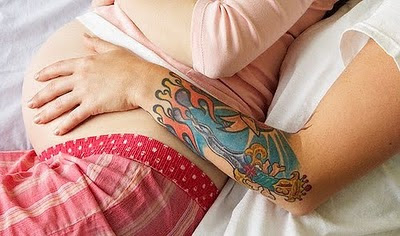 So when I told Hanna that this year's theme for Blog for Choice Day was "trust women," her first response was "Are you fucking kidding me?! What a ridiculous statement! Jeeze -- ask anyone who's gone through a dyke break-up. Never trust women! Especially when they have the ability to make vital documents, irreplaceable vhs tapes, and cookbooks disappear!"

Which made me stop and think about what the theme implies. Because, to be honest, my own first response to the exhortation to "trust women" was not unlike Hanna's: what do you mean "trust women"? Just . . . because? Because they're women? Why should I? 'Cause women are only human after all: some trustworthy, some profoundly not. Which, to me, is both [the most obvious and the most radical claim of feminism]: that women are only human. And human beings run the gamut from completely trustworthy to completely untrustworthy and every point between. Ergo women, as individuals, are only as worthy of trust as our individual past and present actions warrant.

So why, then, is it important for pro-choice activists to make the case for trusting women? And what, exactly, does it mean to "trust women" in the specific context of reproductive rights?

I would argue that it is precisely because women -- particularly pregnant women -- as a class are not really seen as fully human that the idea of trusting them with moral and medical decision-making continues to be such a radical notion. Setting aside for a minute the question of abortion per se, within the past week I have seen multiple stories about pregnant women's right to bodily integrity and ability to consent to medical procedures challenged or violated with the support of the state. There was the story of Samantha Burton whose doctor got a court order to confine her in a hospital bed against her will when she disagreed with him about how best to proceed with her pregnancy care. A woman in Australia was visited by police when she resisted having her labor induced with the controversial drug pitocin. There have been a number of stories concerning the physical restraint of birthing women in prisons, who are often not able to labor in optimal positions because they're shackled to their beds. As I've written previously, women shouldn't have to give up their basic rights to bodily integrity and medical decision-making when they become pregnant, but the legal and cultural climate in the United States is such these days that many of us fear that's precisely what will happen.

So when we chellenge folks to "trust women," in part we're demanding to merely be treated with the amount of trust that adult citizens in America have a right to expect: a legal and social framework that "trusts" individuals with decisions regarding their own personal physical well-being and medical decision-making. That trusts us to make informed decisions. Yet over and over again, anti-choice activists have made it clear that they don't trust women. They fight to pass legislation that mandates physicians lie to us about our bodies, they harass us at clinics that provide health services and attempt to mislead us by dressing as clinic workers. If we trust women with the power to make decisions about their own well-being, these anti-choice activists seem to imply, the world will disintegrate before our very eyes.

Which brings me to the other implication of choosing to "trust women" with their reproductive agency. And I use the phrase "choosing to trust women" deliberately. Trusting other people with the agency to live their own lives is not necessarily something that comes easily to us: as human beings we often thrive on feeling in control of our environment (and by extension the people around us). Control can make us feel safe. But life simply doesn't work like that: we could drive ourselves mad attempting to control the lives and decisions of others -- and in the end, it would not make our lives richer or safer.

Choosing to "trust women," then, is choosing to "trust others": letting go of the burden of decisions that are not ours to make, and allowing those whose lives they directly affect (and who are best positioned to understand the ramifications of a given choice) to bear that responsibility. Because that's what being human requires: rights and responsibilities.

Last sunday I shared a link to a beautiful essay from The Guardian by a vicar, David Bryant, who had recently counseled a woman trying to decide whether or not to seek an abortion. His essay is worth reading in full, but I would like to quote here the final two paragraphs,

One of the blessings of our humanity is that we have a conscience. To opt out of using such a priceless gift is irresponsible. Of course there are immense dangers here. We may make ill-guided decisions. Our thinking may be warped and skewed. On occasion we will follow a course of action so crass or unsociable that it brings us up before the magistrate. But if we allow the church, the nanny state, the media or popular opinion to become our conscience, we lose our moral integrity.

I had no easy answers for the woman. All I could offer was compassion in her grief and sympathy for the agony of choice that lay ahead. We fixed a meeting for the following day, but I never saw her again. True, I had been non-directive, but I could be none other. "I am responsible for my very desire of fleeing responsibilities," said Jean-Paul Sartre. I believe he was right. That is why I could not decide the fate of the foetus for her.

What I appreciate so much about Bryant's argument is that he refuses to retreat to the (legitimate, but limited) language of legal rights, instead challenging us to see that trusting women with the responsibility of making deeply challenging moral decisions is not only a legal imperative but a moral (dare I say "religious"?) one.

So when a pro-choice activist says to you "trust women," pause for a moment and hear it for the truly radical challenge it is: a call to let go of the all-too-human impulse to control, and to allow some of the burden of responsibility to be lifted from your shoulders and taken on by someone else -- someone whom you might not know enough to personally trust, but whom you must share this earth with, and who may well surprise you with her ability to make the decision that is, in the end, the most life-giving for us all.

After all: in the end, what other choice do we have?

posted by annajcook at 7:00 AM