This year, Hanna and I decided that our joint gift for one another was going to be a trip to the Montague Book Mill in Montague, Massachusetts ("books you don't need in a place you can't find"). 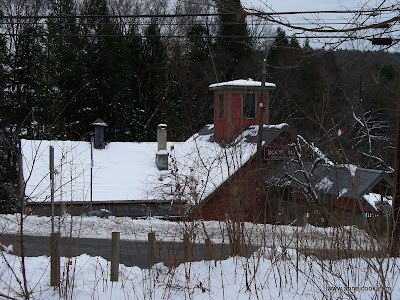 We set out this morning along MA-2, under snow-grey skies, and about two hours of NPR later arrived at the Mill. It was so lovely to have snow! As Hanna says: "A proper winter!" 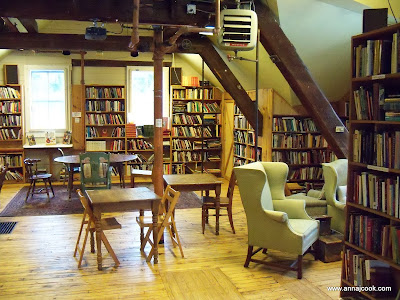 We decided right away that this was definitely a bookstore we could fall in love with! All they needed was a woodstove and a bookstore cat or two (too bad they don't allow people to take up permanent residence...) 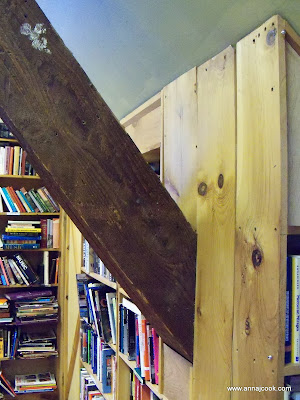 (I'm a sucker for exposed beams and wood flooring, what can I say?) 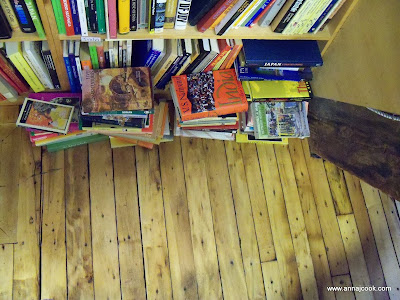 From the second floor, you could hear and see the rushing waters of Millers River outside. 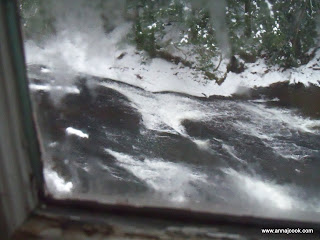 The re-purposed riverside mill building is actually a complex of businesses, including not only the bookshop, but also a cafe, the Lady Killgrew, used record and CD store, and artists' showroom. 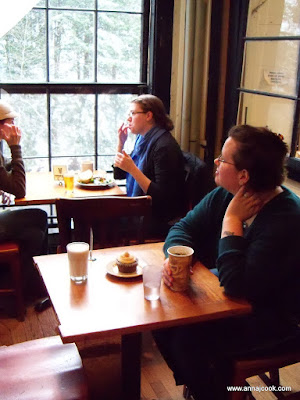 After browsing and selecting our book purchases* we got a delicious lunch at the Killgrew, consisting of peanut-ginger udon salad, a brie and marinated apple panini, maple milk (an "intrinsically delicious" food) and ginger cupcake. 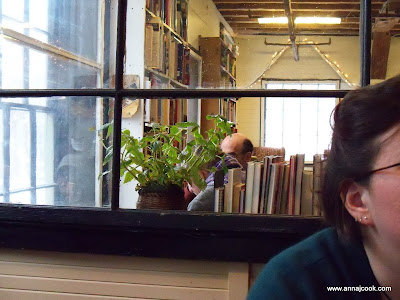 (I seem to like taking photographs over Hanna's shoulder)

While we were eating, the snow began to fall in beautiful fluffy flakes over the river. 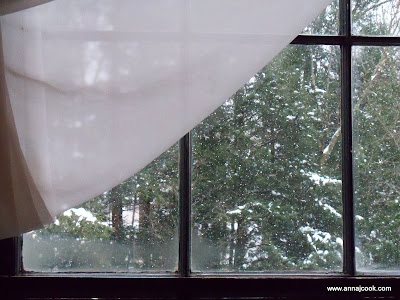 ... and on our way back out to the parking area, we stopped at the artists' shop and bought these beautiful recycled wood inlaid star ornaments for our future Christmas tree. They're supposed to be "friendship" stars, but we figure they can be for a pair of wives just as well. 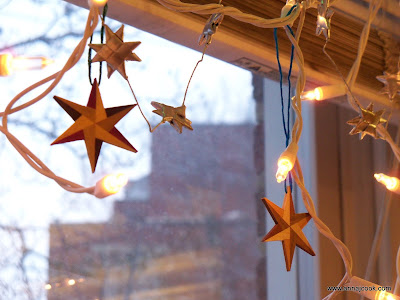 *Thanks to my grandparents Ross for the gift money that funded our book buying spree! For those interested, we bought:

Public Vows: A History of Marriage and the Nation by Nancy F. Cott (Harvard U.P., 2000)

The Unknown Mayhew by Eileen Yeo and E.P. Thompson (Schocken, 1971)

A Social History of Madness: The World Through the Eyes of the Insane by Roy Porter (Weidenfeld & Nicholson, 1987) 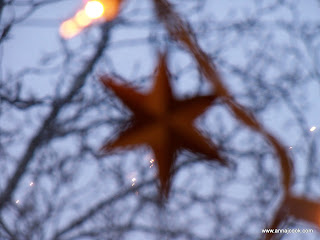 posted by annajcook at 6:03 PM