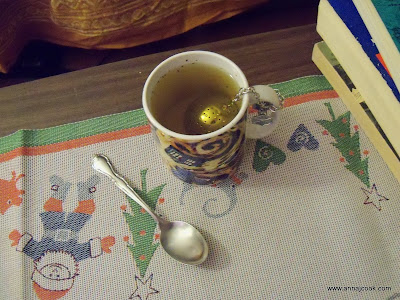 One of Hanna's presents this year -- a gift from friend Diana -- was a Death Star tea ball (complete with attached tie fighter at the end of the chain!) ... 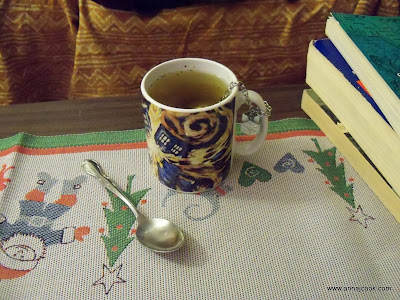 ... which goes delightfully in this Doctor Who tea mug -- though Hanna was concerned that the mixing of two such potent fandoms might cause the universe to end! 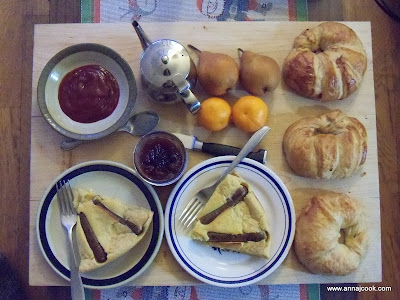 We've had a lot of breakfasts that look like this in the past week; there was something pleasing about the way everything was laid out in sets on this particular board, so I snapped a photo. 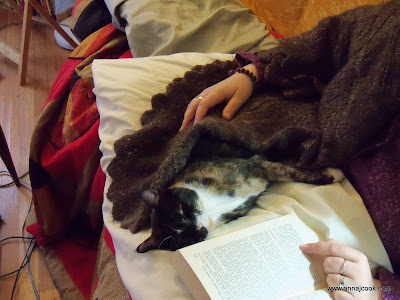 The cats have definitely been pleased to have us around as Big Soft Warm Things upon which to sleep; sometimes it can be difficult to get a book in edgewise so that we may make headway on the year's reading! 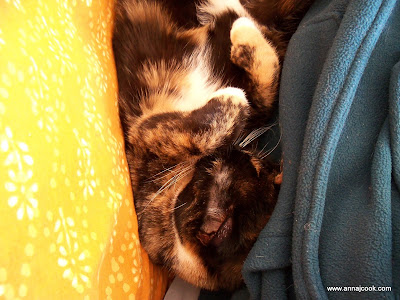 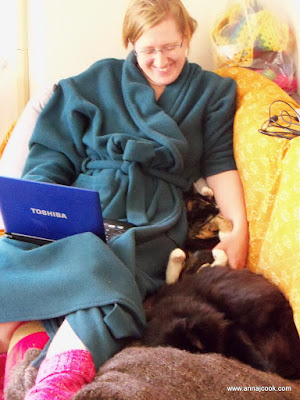 And of course, no matter how much reading and writing and tidying we do, there are always piles of books and periodicals left to consult when time and inclination allows. 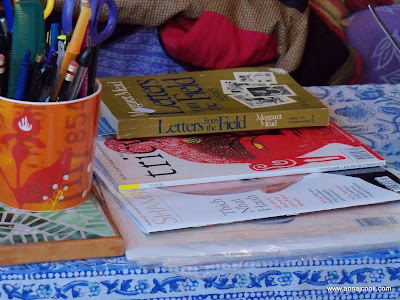 It's a good thing we have lots of tea, coffee, and sweets to consume while we're being all intellectually (or at least texually!) inclined. 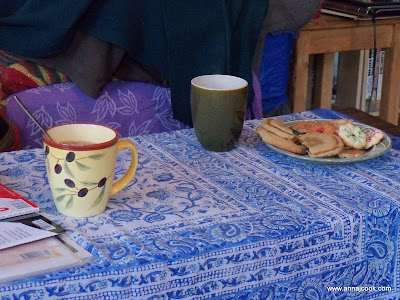 Welcome to the final day of 2012. It was rather a momentous year for us; I know for some of you as well, in varying mixes of positive-to-stressful (and at times positively stressful!). Let us hope for a creative and renewing 2013!
posted by annajcook at 5:47 AM