'Tis the season for lists 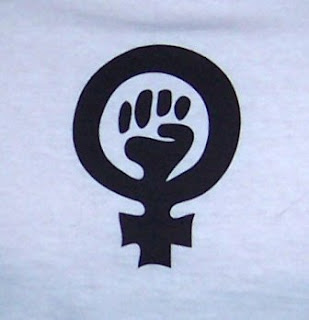 Something about the end-of-the-old-year / beginning-of-the-new year seems to inspire people to list creation. Or perhaps it's the proliferation of awards ceremonies in the entertainment industry. Anyway, I've been coming across a profusion of lists in the last couple of weeks, and thought I'd post a few here: a list of lists, if you will. And yes, this blog being what it is, it's a feminist-centric sort of list.

There's a list of the "Top 100" gender studies blogs over at BachelorsDegreeOnline. As with any such list, it includes blogs I read regularly and enjoy, blogs I'll now have to check out, and some blogs I'm not sure should have been included in the "feminism category." I really take issue with the idea, for example, that it's possible these days to have a "a distinctly anti-male" yet "pro-feminist point of view." Granted, feminist movements have always included those people who insist on blaming men as individuals for patriarchy and sexism -- but I personally don't think that it should be recognized as feminism.

In response to the above list, Fourth Wave Feminism is compiling an alternative list of "Radical/WOC/Alternative/Global" feminist blogs which will also be fun to explore.

Last week, Hanna forwarded me an article from the Guardian naming the favourite female renegades of five women in cinema.

The bloggers over at Evil Slutopia their top ten priorities for the Obama administration when it comes to reproductive health: "Here's our top 10, with lots of links. We want it all."

posted by annajcook at 6:00 AM