snowbound in michigan [an update with photos!]

Since last Thursday's post, our flights out of Michigan have been cancelled twice more due to weather, and now we're scheduled to return to Boston Tuesday evening - closing in on a full week longer than we anticipated being away!

We're thankful to be safe and warm and not paying for hotels or on stand-by at the airport. It's also wonderful to have parents/in-laws we get along with, a flexible cat-minder, and understanding co-workers.

This afternoon, following the third postponement of our departure, Hanna and I were feeling a little punch-drunk and decided to walk down to New Holland Brewery for lunch. I took the camera, so here are some pictures from my snowy home-town! 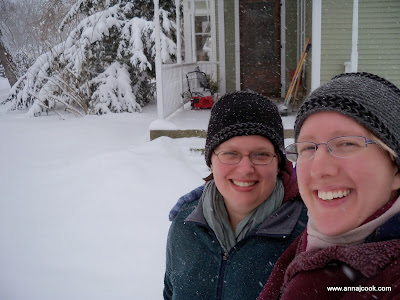 The obligatory couples' portrait-taken-at-arm's-length on the front lawn. The new knit hats from my mother-in-law have really come in handy! 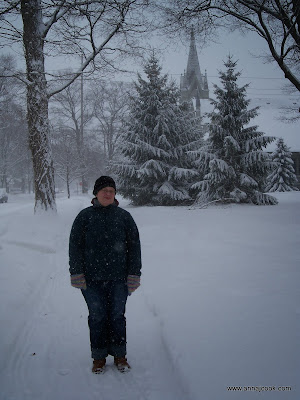 Hanna bundled up outside the church on our block. 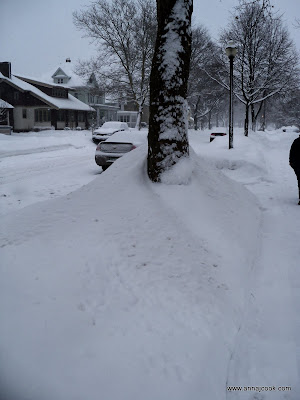 The wind and snow-blowers have combined to make intriguing drifts around the trees. 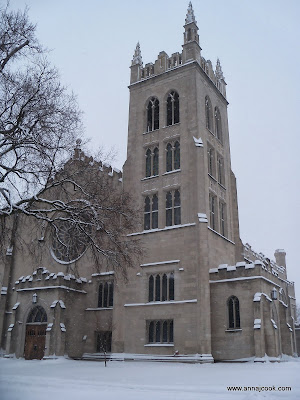 The iconic Dimnent chapel at my alma mater, in the snow. 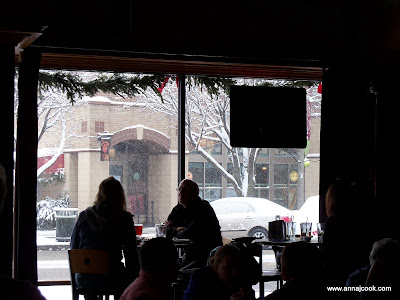 The brewery, as one of the few gathering places open on a Sunday downtown, was hopping. The snow was very picturesque from inside the pub! 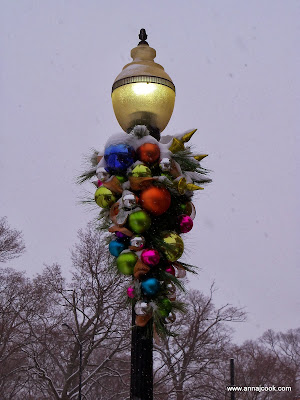 Hanna and I have been admiring the Christmas decorations on main street this year, which depart from the usual red-white-green spectrum. 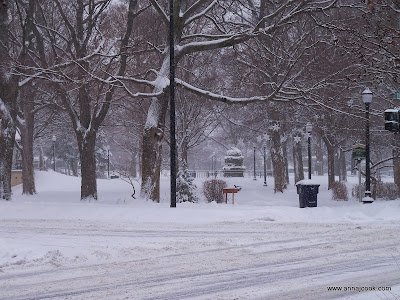 There wasn't enough traffic out and about to keep the snow off the roads. This is a view across the intersection of River and 10th, looking toward Centennial Park (dedicated in 1876). 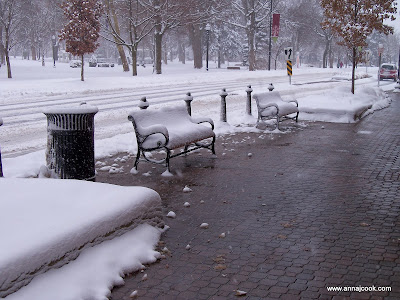 The snow-melt network under the sidewalks was only keeping up with the snowfall under awnings, like here in front of the Park Theatre. No one had been out to brush off the public benches. 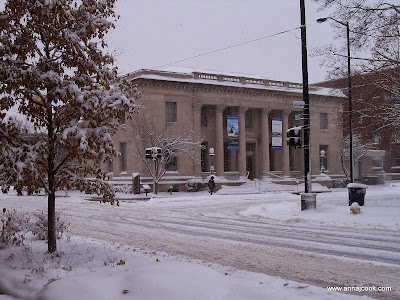 And this a view of the Holland Museum, where I got my start in public history twenty years ago. When I was a child, the museum was actually housed in what is now a B&B on the other side of the park, originally Holland's first hospital. The building pictured here was our post office until the late 1980s, and now houses the museum and archives. 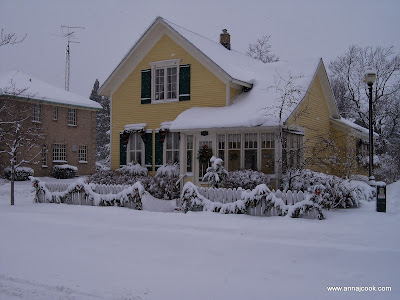 When I was twelve I used to deliver the daily paper to a very sweet, elderly Dutch couple who lived in this house. I doubt they live there any longer, but Hanna and I both agree that its location directly across from the public library can only add to its charm.

Wish us felicitous weather for safe travels Tuesday afternoon as we are scheduled to fly home to Boston!
posted by annajcook at 4:56 PM