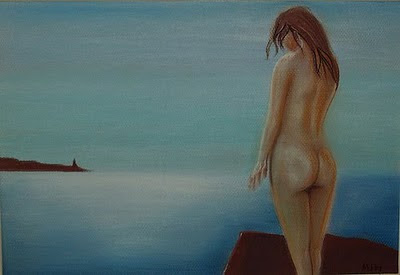 Here's a shorter-ish links list this weekend; anyone who can name all the musicals quoted here (without using the interwebs as a reference!) gets special mention in next weeks' installment :). Leave your IDs in comments.

Marry the man today / and change his ways / tomorrow. Vanessa @ Feministing draws our attention to the publication of a new book urging women over thirty years of age to "settle" for "Mr. Good Enough." While I'm 150% for not holding human beings to inhuman expectations, I find this idea insulting no matter what the age and/or sex of the parties in question. Who wants their life-mate to turn to them and say, "Gee, honey, I thought about it and decided you were adequate as a spouse..."

My white knight / not a Lancelot / nor an angel with wings. Kjerstin Johnson @Bitch Blogs also tackles the Gottlieb Question, concluding that the "take-home message isn't that successful relationships (and yes, even those recognized by the government) rely on compromises; but that it's your fault for being too picky to settle down." Sarah Menckedick @ Women's Rights Blog adds pointedly (in The Case for Settling for Mr. Good Enough) that media coverage is only "reinforcing the feminism vs. Gottlieb and feminism vs. marriage dichotomy, setting up feminists as reactive raging crusaders attacking the poor Gottlieb -- who was only acknowledging the truth after all."

Everything you can do / I can do better / I can do everything / better than you. Charlie Todd @ Urban Prankster posts a video and photo of counter-protesters who showed up outside Twitter headquarters to butt heads with protesters from Westboro Baptist Church (the group that tours the country virulently protesting homosexuality). This confirms my hypothesis that one of the most effective ways to combat hate and fear is through humor.

Princes wait there in the world, it's true / Princes yes but wolves and humans too. Jessica Valenti @ her personal blog that anti-feminists over at the beatifically-named Network of Enlightened Women (NeW) hold feminist activists responsible for the commodification of female virgin status. As Jessica points out, methinks they need to do a little homework on the long history of commodifying women's sexual status.

You wait, little girl, on an empty stage / For fate to turn the light on /Your life, little girl, is an empty page /That men will want to write on. BeckySharper @ The Pursuit of Harpyness blogs about a "Miss Manners" column in which a young man wrote in asking advice about following up on a meeting he had with the father of a prospective girlfriend.

I'll teach you what shoes to wear / how to fix your hair / everything that really counts to be / popular! Roxann Mt Joy @ the Women's Rights Blog reports on the deceptive use of imagery by a conservative Focus on the Family affiliate in Florida to oppose gay parenting. Short version? 1) only straight folks who conform to our current definitions of optimal beauty can be parents and 2) women who conform to those current definitions can't possibly be non-straight ('cause apparently everyone "knows" what lesbians look like). The mind boggles.

I need a place / where I can hide / where no one sees my life inside / where I can make my plans and write them down / so I can read them. Harriet Jacobs @ Fugitivus points out the monumental fuck-up that was Google's roll-out of its new networking feature "Buzz" this weekend. Really, Google, please please please do not EVER automatically enroll me in a social networking site again. (Update: Fugitivus now requires a Wordpress account to login; if you wish to read about the story without creating an account or logging in, you can visit TechCrunch, which covered the story in Google Buzz Privacy Issues Have Real Life Implications.)

Sentences of Amys / paragraphs of Amys / filling every book. And finally, totally "for the win" this week comes this proposed word-centric condom campaign from Durex as mst'd by Amanda Hess @ The Sexist. I can't answer her question about what my boobs would say if they could talk, but I find myself mesmerized by the people made of words and what their boobs are saying.

posted by annajcook at 2:04 PM