quick hit: "oh, inversion. how I shake my fist at you"! 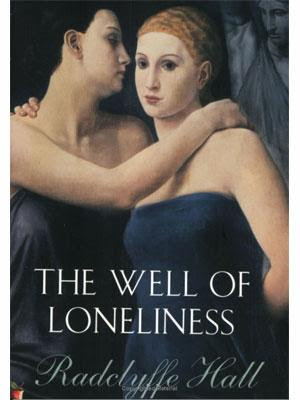 Danika @ The Lesbrary has a fun post up sharing notes from a conversation between herself and a friend Cass about Radclyffe Hall's The Well of Loneliness (1928).

C[ass]: The term ‘homosexuality,’ while in use in 1928, didn’t yet have its modern definition or its now understood division from gender. Inversion, on the other hand, completly tied sexual orientation to one’s gender and gender expression. A person labelled female at birth could not, by defition, be an invert without displaying masculine traits and masculine leanings. Therefore, in order to be a novel ABOUT inversion, Stephen has to be masculine. If we are using our modern lens here, then we can agree that, despite her masculinity, Stephen is not automatically male. The fact that her parents gave her a traditionally male name is out of her control. Lots of girls who continue to identify as women like to dress in pants rather than dresses because they are easier to walk and play in. Looking “like a man” or being masculine doesn’t make a person a man.

The conversation with her father is trickier, but if she has a crush on a girl, and thinks that only men and women can have relationships together, it’s logical that she would want to be a man in order to be happily in love with a woman.

D[anika]: True, but coming from a modern perspective, that assumes that you are by default the gender you were assigned at birth and only the opposite if there is overwhelming evidence. We don’t have overwhelming evidence that Stephen would identify as a man, but we have a lot less evidence than there is for Stephen identifying as a woman. She can’t stand to even be around women, except the ones she falls in love with.

That makes sense, but it isn’t just around having a partner that Stephen is frustrated at being labelled a girl. In fact, as some point she said “Being a girl ruins everything” (not an exact quote)

C: [...] [H]er gender and gender expression can be on the trans-masculine spectrum without her necessarily being trans. In 1928(ish), being a girl DID ruin everything!

I think you are the gender you understand yourself to be, but sadly I can’t ask Stephen. ;)


Check out the whole thing at The Lesbrary (and if you enjoy part one, then check out part two posted by Cass @ Bounjour, Cass!).