Hanna and I just returned from Connecticut last night, where we enjoyed a brief overnight stay in Storrs so Hanna could deliver a conference paper on late 18th & early 19th century English travel narratives of Ireland, and then yesterday had lunch with friends. If only travel were less expensive, we'd do it more often!

Meanwhile, here are some photos from the wedding leg of our west coast trip. 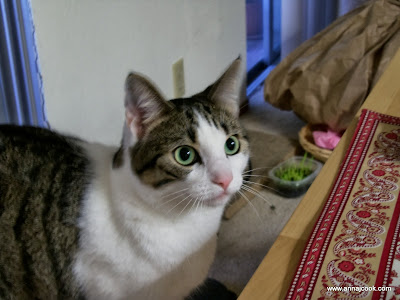 We were in Hayward, California, to participate in the wedding of Chloe's parents: now Diana and Collin Thormoto. 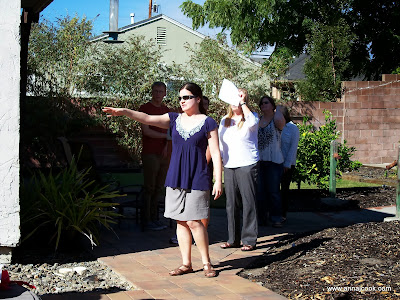 The night before the wedding, we held the rehearsal on the back patio of Collin's parents' home. 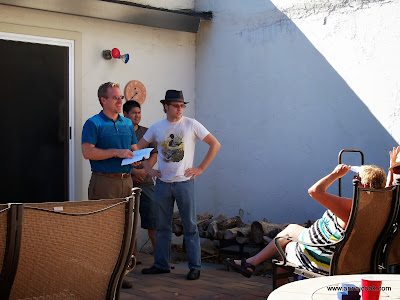 We had to calm down nervous Pastor Dan, who was thrown off-guard by the super-organized bride and groom. 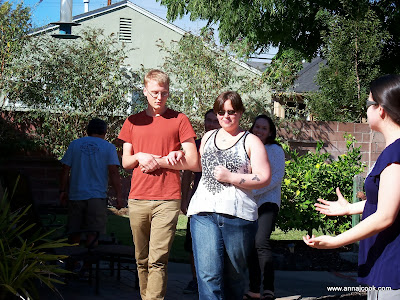 Hanna, one of the three wedding attendants, got to practice her paces on the arm of Collin's brother David. 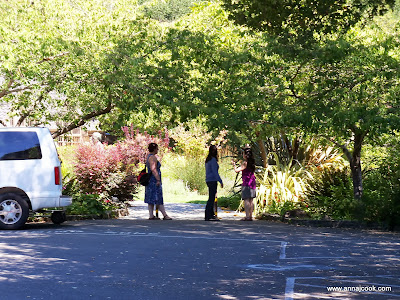 The wedding was on a Monday in Tilden Park at the Brazilian Room. Despite being September, the afternoon was brutally hot and we had to keep everyone as cool as possible before the ceremony! 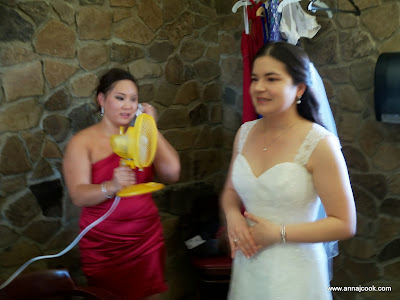 The wedding had a bunch of awesome nerdy touches, from the TARDIS cake topper and Sting cake knife to the Star Wars processional music and Lord of the Rings-themed reception tables. You can see lots of beautiful photographs by the professional photographer here. 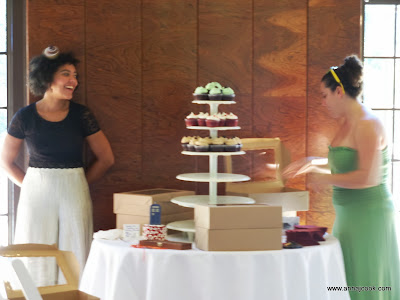 The wedding "cake" was actually a tower of cupcakes catered by James and the Giant Cupcake, brought in and arranged by these to enthusiastic women (one of whom was wearing a cupcake on her head!). 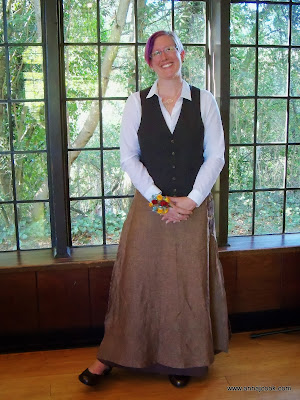 While not officially part of the wedding party, I was asked to help out and invited to sit at the head table (Bag End) with my own most fabulous spouse. The skirt I wore was sewn for the occasion by my colleague Andrea, who moonlights as a costumier. 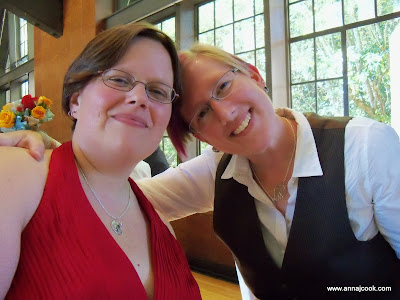 (If you squint you can see our bridesmaids gifts -- gorgeous silver necklaces!)

Less than a week after this extravaganza, Hanna and I got to celebrate our own first anniversary while the newly minted wife and husband were off on their honeymoon on Kauai. We silently wished them many happy returns of the day -- and then snuggled up under the comforter and fell back asleep!

Next up, redwoods and ocean views ... we take in a bit of the Oregon Coast before catching our flight back to Boston.
posted by annajcook at 3:52 PM