from the neighborhood: blizzard of 2013

I promised photos to several people yesterday from the "snow emergency" here in Boston, so this morning while Hanna did yoga in the living room I tumbled into my boots and winter gear and re-learned how to hike through knee-high drifts in order to bring you some pictures from our snowy neighborhood.

As a baseline, here's what the view from our window was like around two o'clock yesterday afternoon: 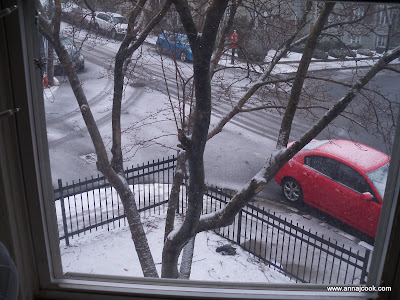 Shortly after I took this picture, the poor red car had it's rear bumper sheared off by a neighbor's car that skidded through the intersection. 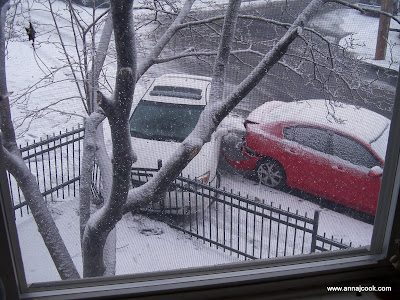 Thankfully, no one was hurt! 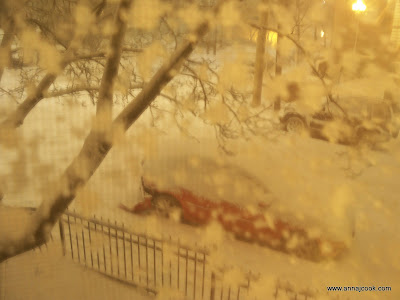 By the time we went to bed around 9pm, this was the view out that same window (note the red car, sans bumper, now half buried in snow). 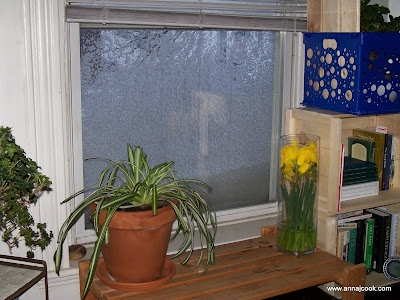 Waking up this morning, it was difficult to see outside, so I decided to venture out. 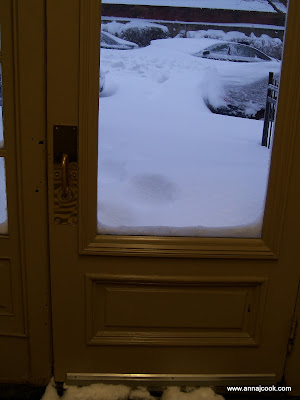 You can see I was perhaps the second person to leave the building on foot this morning; with the snow still falling and blowing, and a travel ban in effect state-wide, few people are bothering to dig out. 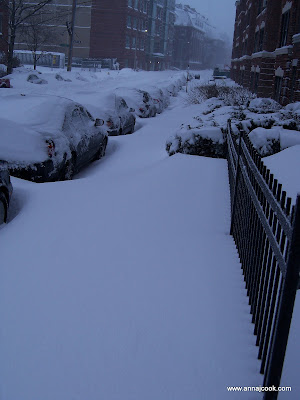 We have no sidewalk currently! 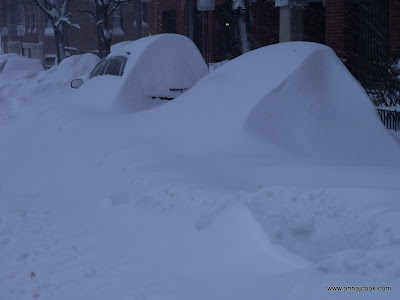 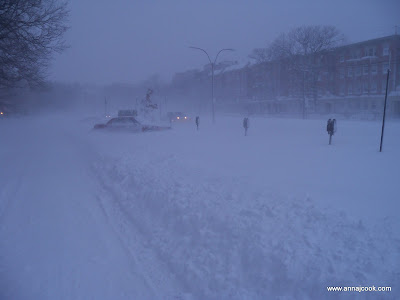 Above, wind whips snow across a nearly-deserted Commonwealth Avenue (this was taken about 7:30 this morning). 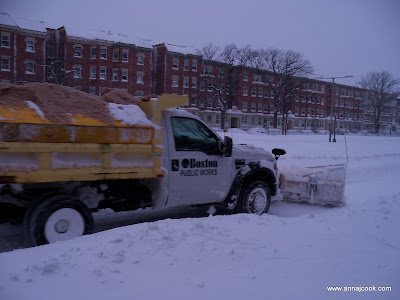 Snowplows were out in full force on the main roads, trying to stay on top of clearing the fallen snow. 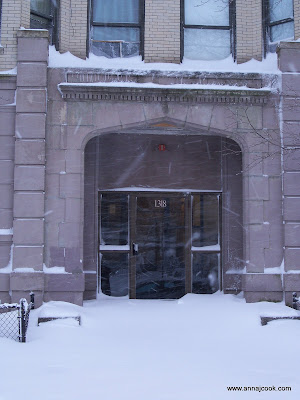 But most apartment buildings showed little signs of activity. 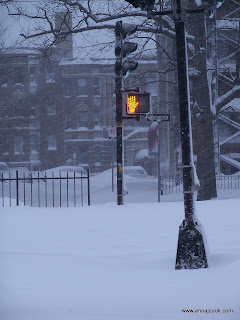 I saw a few people out on foot who weren't municipal workers, but the lack of traffic was eerie, particularly at usually-busy intersections (below is Harvard Avenue looking south from Commonwealth). 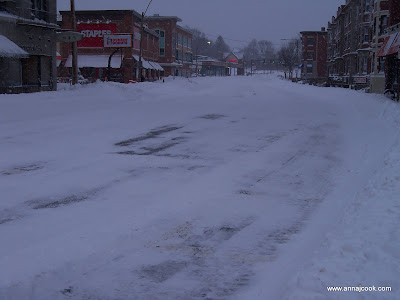 Side streets had higher drifts, and as I made my way back home through Brookline's residential neighborhoods, I saw a few people out trying to clear snow from their sidewalks and cars. 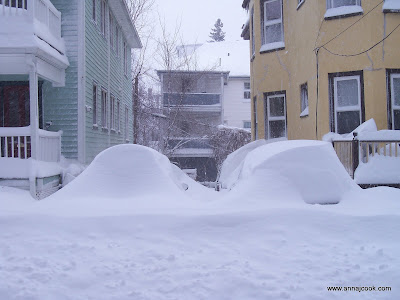 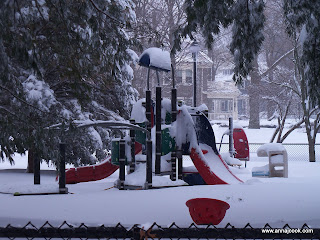 The playground was deserted. 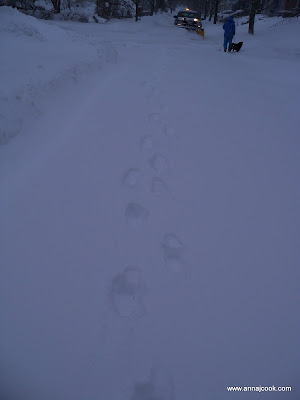 I was the first pair of feet to walk up our cul-de-sac on my return journey. 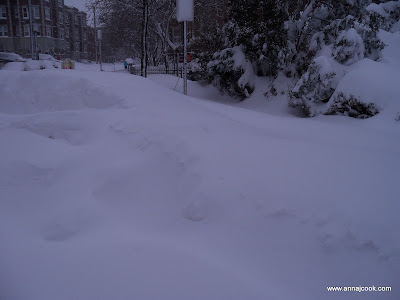 ... and then I had to climb over this to get to the back door!

Now we're enjoying breakfast and planning to nap the day away inside. Stay warm and safe everyone!
posted by annajcook at 10:03 AM