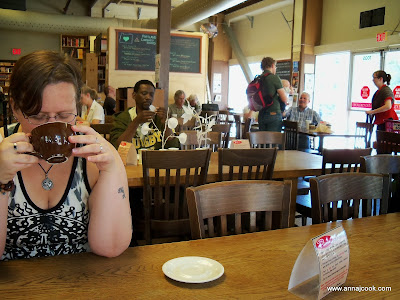 As promised, here are some photos from our two-week trip to Oregon & California. We flew into Portland, Ore., where my brother and sister-in-law live. One of our first stops was Powell's City of Books, over sixty-eight thousand square feet of new and used titles, as well the in-store coffee shop (pictured above) where we obviously stopped for our morning espresso.

The store map (PDF) offers some sense of scale, although it's hard to grasp until you actually walk in the door.

On our first morning, the artist sitting behind Hanna's left shoulder was constructing paper flowers out of waxed drinking cups. The next day, his handiwork was on display at the cafe counter: 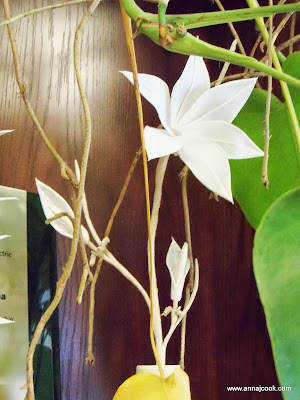 Portland is city full of artists, including my sister-in-law Renee! On the Saturday of Labor Day weekend, Renee was participating in an art fair -- painting to advertise an upcoming open studio tour. Hanna, Brian and I wandered the fair and also stopped by to visit with Renee. 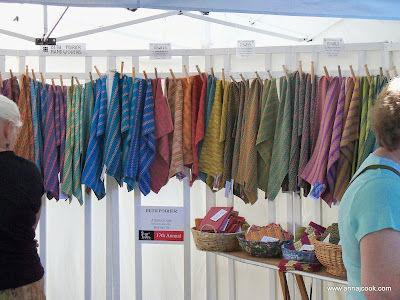 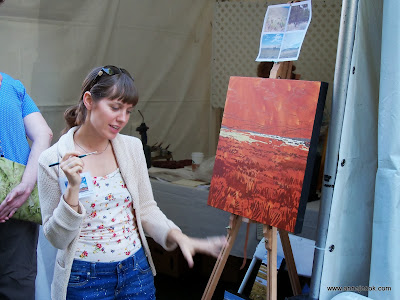 That night, we waited in a long line for the Most Amazing Ice Cream Ever at Salt & Straw on NW 23rd. I had a split cone featuring pear and Gorgonzola and olive oil flavors. Both sound weird, but were incredible. 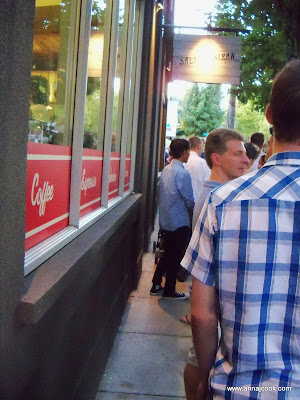 Sunday, Brian and I drove out the Columbia River Gorge to the Oneonta falls. Labor Day weekend proved a busy time to visit, even though the falls are difficult to get to. In order to reach the actual waterfall, you have to wade through chilly water that was as deep as my rib cage in places! 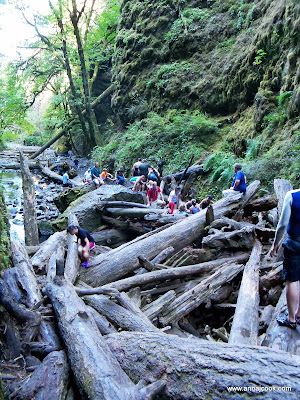 ... which opens up to the ravine cut by centuries of rushing water ... 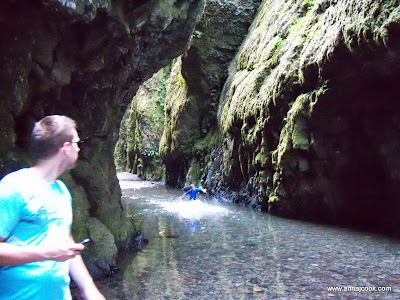 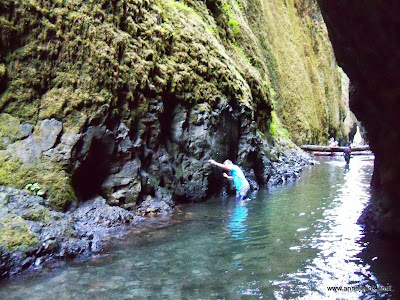 ... with the waterfall payoff at the end! 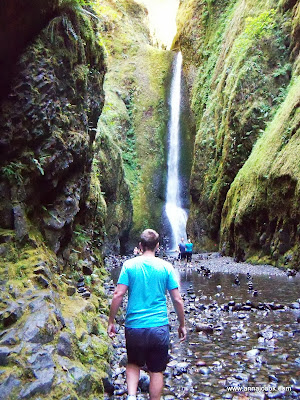 People had left little cairns of river rocks at the base of the falls. 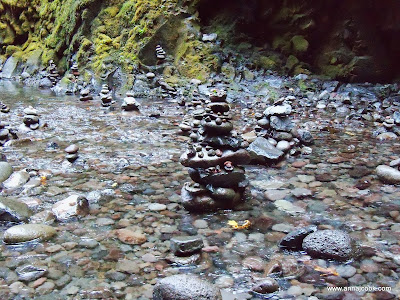 On our last day in Portland, before heading south toward Bend and Ashland, we went to the International Test Garden for roses in Washington Park. 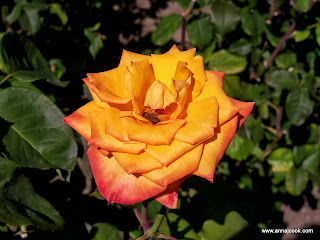 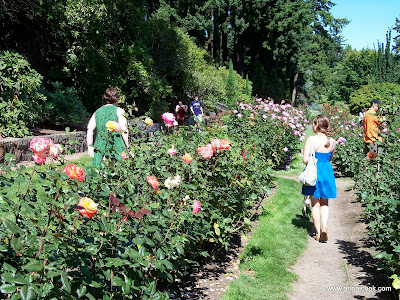 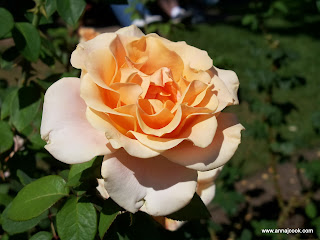 The Tuesday after Labor Day, after Brian had left for his first day teaching middle school art (God bless him!), we rented a car, caffienated up, and headed up over the Mt. Hood pass to central Oregon on the next stage of our travels.
posted by annajcook at 6:28 PM