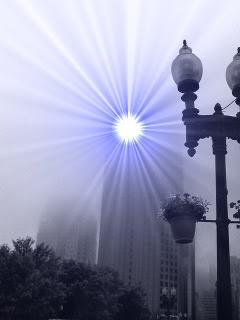 I haven't had the oomph for actual narrative posts lately, so here's a links list of some of the online reading that's been keeping me educated and entertained the last couple of weeks. Hope you're all having a lovely July.

The living statue street theatre performance one & other is underway on Trafalgar Square's empty fourth plinth in London. I'm already mildly addicted and it's only week two! Watch here for regular updates from now until 14 October.

Elsewhere in England, the human shrub is planting unauthorized flowers in public spaces.

Writing for the Telegraph online, Josa Young argues for more, and better, sex in fiction:

I read quite a few "hen lit" and "chick lit" novels to see what they were like. I was quite astonished to see how old-fashioned some were, with women taking quite traditional roles and doing polite and rather unrealistic jobs. There were sex scenes all right, but they seemed dropped in from a great height, and quite pornographic while lacking authenticity and passion.

If writers take Young's challenge seriously, they might provide useful material for all the youths the National Health Service is encouraging to orgasm regularly for better health.

Columnist Christopher Byrne on the philosophy of "free-range kids" and what sort of adults their parents hope they are growing into.

For those brave souls choosing to watch this spectacle on live television all week, it's useful to point out that most of her interlocutors will not be addressing themselves to Judge Sotomayor at all, although they will frequently use her name. Instead, they will be talking aloud to their constituents back home, with Judge Sotomayor serving as a sort of constitutional blackboard on which to sketch out their legal views: Senators will talk at length about their pet projects and concerns, then turn to ask Judge Sotomayor what she thinks of their pet projects and concerns. She will say she is for them.

As a teenager in West Michigan during the 1990s, I was a little too close to the original Promise Keepers Christian men's movement for comfort (thanks guys for helping precipitate my commitment to feminist politics!) Bill Berkowitz @ AlterNet reports on the movement's recent makeover and possible resurgence. Whoopie.

In other sad Michigan news, Governor Jennifer Granholm has signed an order closing the Michigan Department of History, Arts & Libraries as part of an effort to balance the state budget.

On the upside, I'm glad to be reporting some positive lgbt rights news from my home state: Kalamazoo, Michigan's city commission voted June 29th to expand legal protections for their nonstraight and transgendered citizens.

Another false causation scenario is being floated by a Polish mother who claims her daughter got pregnant from stray sperm while swimming in a public pool.

Perhaps this mother could have benefited from some of these strange sex ed tools from around the world.

And on a personal note, by brother Brian and his girlfriend Renee, both artists in the Portland, Oregon, area, had their portraits drawn by an awesome emerging artist named Elva last weekend at the Portland art fair.

via my sister Maggie on twitter, fifteen creepy vintage ads, featuring such gems as a 'pears soap disaster' and one with the mystifying tagline, 'is it always illegal to kill a woman?'

posted by annajcook at 9:49 AM